Budapest deserves the title "City of Spas" as it has more thermal and medicinal water springs than any other capital city in the world. Over 70 million liters of thermal water a day are provided by the 118 ...

Budapest has a lot to offer for the visitors: monuments, museums, natural attractions, extraordinary buildings, spas and so on. The World Heritage sites of Budapest are the Danube panorama and Cas ...

4 * wellness hotels near Budapest can be booked here at the best prices. Take the first hotel in Visegrád with the best wellness and spa services in the Thermal Hotel Visegrád. At a special package ...

4-star Golden Park Hotel Budapest can be found on Baross square opposite Eastern Railway Station (Keleti pu.), the most important transportation center of Budapest. All significant sights and tourist attractions can be easily reached from the hotel. The rooms of the fully restored Golden Park Hotel are equipped with noise-safe windows, WIFI Internet connection and individually-controlled air conditioning. Nílus Restaurant offers the specialties of Egyptian cuisine while Etna Restaurant awaits its guests with original Italian food specialities. 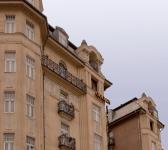 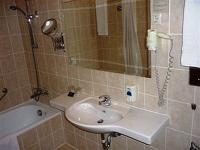